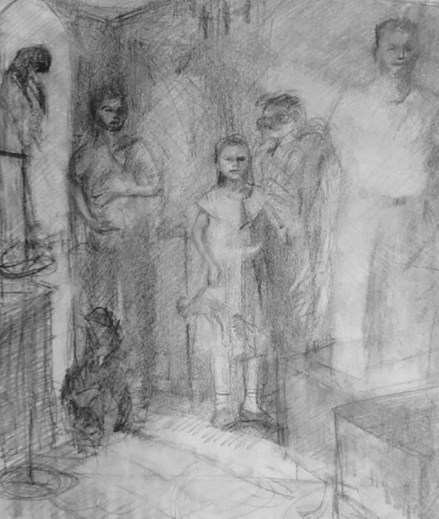 Late June is usually when I catch up with some home organizing and the studio is, of course, among my top priorities. As I was organizing my space, I found several old sketchbooks. Today’s images are sketches  found in one of those books, these are for “Elena and the Spirits”, a narrative piece that I have yet to develop into a large drawing or painting

These images are idea development drawings of different speeds. Though not fully resolved, they are very important in the development process because they represent the materialization of an idea. Done, at least 15 years ago, they still hold my interest and I will begin working a silverpoint version as well as a large charcoal or mixed media drawing soon. 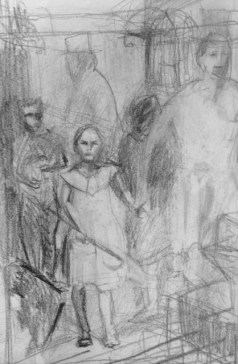 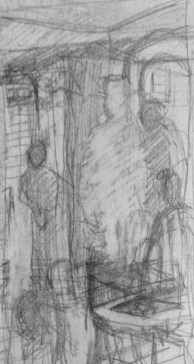 Many of the other sketches jotted in the sketchbook were developed into mixed media drawings or paintings and I will share them along with the finished pieces in a future sketchbook feature post. There are other sketches and written ideas that could be revised and developed further and definitely worth exploring.

2 thoughts on “Dusting off an old sketchbook” 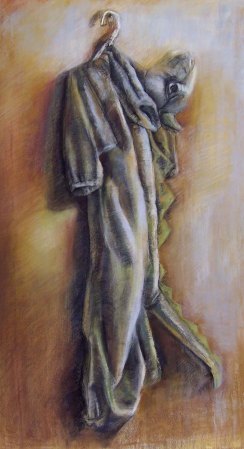 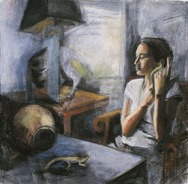 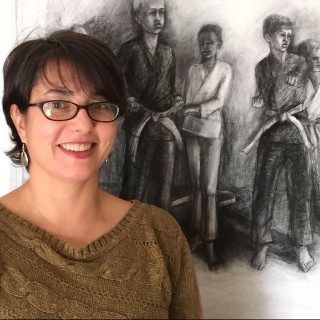 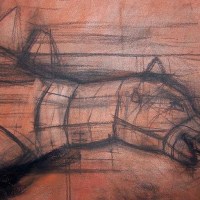 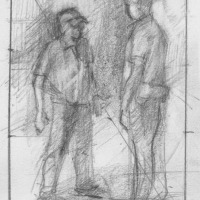